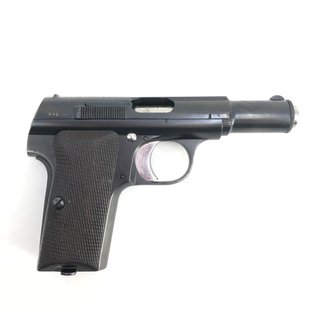 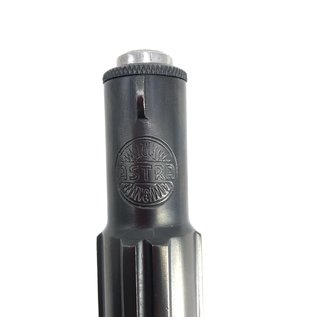 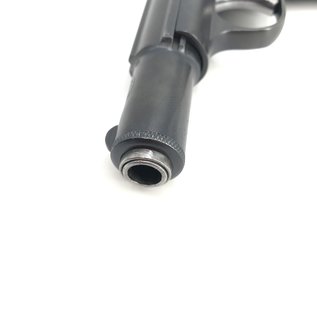 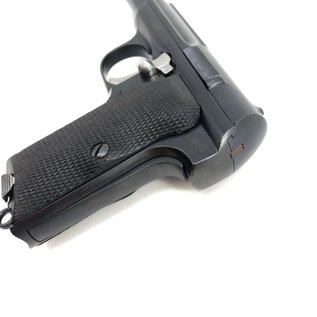 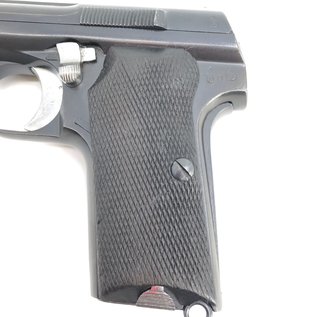 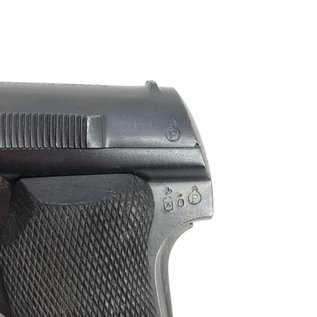 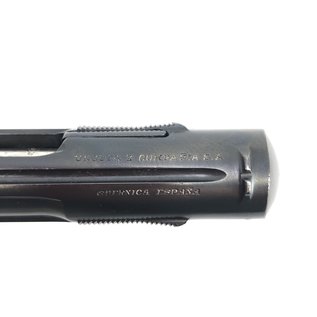 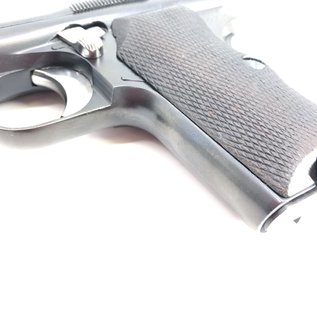 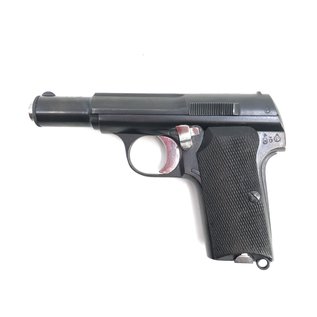 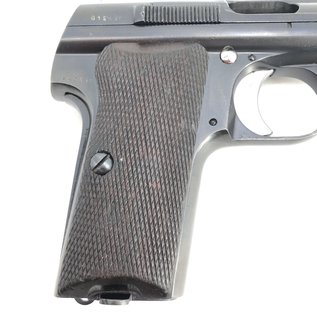 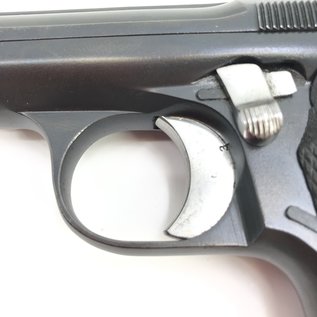 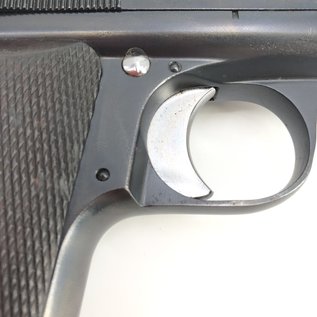 This Astra Model 300 pistol is a single action, semi-automatic pistol that is chambered for the 7.65 Browning(.32 ACP) cartridge but this pistol model was also offered in 9mm Corto(.380 ACP). The pistol utilizes a ramp front sight and a notch rear sight, both of which are cut into the slide and are not adjustable. It is fed by a removable single column box magazine with a 7 round capacity. The pistol has a slide hold open feature to inform the operator that the last round has been fired and to facilitate reloading when a fresh magazine has been installed.

During World War 2, Nazi Germany purchased 85,390 Astra Model 300 pistols. They ordered 63,000 pistols chambered for the 9mm Kurz and 22,390 pistols chambered in 7.65mm. Only the 9mm version will have a German military acceptance stamp which is the stick eagle over WaA 251.

The Model 300 was never officially adopted by any branch of the Spanish military, although a number of governmental agencies did specify that it was to be their standard issue pistol. These agencies included, the Spanish prison guards(Cuerpo de Prisiones), Harbor port security(Seguridad de Puertos), the Coast Guard(Vigilancia de la Pesca), the police school in Madrid, the Spanish Navy and Naval school, various security guards, the Carabineros, the Army Artillery corps, the Euzkadian government, the German Condor Legion and many others. The Astra Model 300 was an especially popular pistol.